This free e-learning course will support your understanding of Covid-19 and help you think about how you can reduce the spread of the virus in the workplace to protect yourself and others.

The module takes only 15-20 minutes to complete and has been split into four topic areas below. It will help you to develop an understanding on the importance of safely practices and the methods used to control Covid-19 transmission in the workplace.

Free digital and numeracy courses to build your skills

Why improve your digital skills?

Digital skills are valuable and sought after for all kinds of jobs.

Loneliness and isolation in the UK doesn’t just affect the ageing population. According to the Office for National Statistics, 1 in 10 children also experience loneliness. Kara’s work as an artist and tutor in her local community helped her to discover that inter-generational interactions and creativity can help the well-being of both children and older people. “Probably from my own isolation and from seeing that in my grandparents, I knew I wanted to help people to feel less alone,” Kara reflects.

Kara set up Creative Generations to bring her idea to life, using her skills and passion for all things creative. The social enterprise offers art workshops for children and the older community to help them to see past their differences, connect through story-telling and creativity, and feel more valued in their communities as a result.

Kara was taking part in the Thurrock Social Entrepreneurship Programme when she decided to present her idea by pitching at Thurrock Soup, which gives local people an opportunity to win some start-up money. The idea of Creative Generations caught everyone’s imagination and Kara won the cash on the evening and went on to successfully be awarded a grant from the UnLtd fund.

Sheltered housing residents and school children in Thurrock have been taking part in intergenerational workshops with Creative Generations to boost their connections within the community.  The intergenerational scheme was initially piloted in June 2019 with students from Thameside Primary School and residents at Frederick Andrews Court in Grays. Since then, Corringham’s Bellmaine Avenue Sheltered Housing residents and children from Corringham Primary School have also benefited from the workshops.

Residents at Vigerons Way Sheltered Housing complex, Grays, have spent an hour each week for the past month with students from Herringham Primary Academy working together and exploring a range of topics using art techniques such as drawing and collages. At the end of each session, the children and residents present what they have made and learnt to the rest of the class.

So far, two groups of school children at Herringham Primary Academy have benefited from the schemes at Vigerons Way. A number of children who took part in the workshops before Christmas recently visited residents with their parents to enjoy a special afternoon tea.

Cllr Barry Johnson, Cabinet Member for Housing, said: “It’s fantastic to see older and younger members of our community being creative together and discovering what they have in common. The techniques used in these workshops not only make outstanding artwork, but helps the children in their learning and storytelling.

“The afternoon tea was another lovely idea and really highlighted to the parents the great work that the children and sheltered housing residents have been doing together, as well as see the connections formed.”

Margaret Cullwick, a resident at Vigerons Way Sheltered Housing, said: “I’ve really enjoyed the sessions with the little ones and it’s been really good fun. The children always ask lots of questions, particularly about the differences between when we were at school compared to their school life today.”

Nine-year-old Maddie Davis from Herringham Primary Academy, added: “The best part of the week was leaving school to go see Betty and draw together.”

Kara Thompson, artist and tutor at Creative Generations, said: “Giving the children and older adults this unique space to talk and learn together has been incredibly successful. We see their confidence and skills grow with every workshop, plus across the ages they build a sense of connection and appreciation with their local community. You only have to hear the excitable chatter at the workshops to understand that bringing these age groups together is of huge value to both children and older adults.”

hurrock Soup last week-A fantastic event with over 40 people and 6 pitchers with some great ideas to make Grays even better!
Claire Prosho-Claire’s Trans Talks was the runaway winner and will be receiving £250 including £100 sponsorship from Enterprise Training Academy! 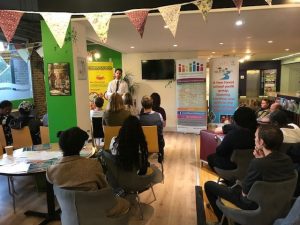 An inspirational event is being held at South Essex College’s Thurrock Campus for young people who have a new business idea.

It aims to inspire Thurrock’s young people who have social enterprise and business ideas, with advice and support to start a new business and help to find funding.

The event is open to young people aged 16-24 with an inspirational idea who will have the opportunity to pitch their new business or social enterprise idea to the room.

dents) as well as the chance to vote on their favourite idea. All of the £5s collected go into a pot and the winning idea receives the money, so the more people who attend, the bigger the pot!.

This event has been inspired by Thurrock Soup where previous winners have received up to £200 on the night as well as further funding to use towards setting up their business.

Teresa O’Keeffe from Riverside Community Big Local, said: “Many people have an idea tucked away, but they don’t know what to do with it. This is an opportunity for all of Thurrock’s young adults to turn their ideas into a business, with help, business support and access to funding. We hope that the local schools and colleges take up this challenge. It should be a great evening!”

Souping up your business plans

Thurrock Soup aims to help inspire social enterprise and business ideas from Thurrock residents and offer advice and support in starting a new business and in identifying funding.

These regular events offer local people an opportunity to pitch their ideas and win some start-up money if chosen as the best idea on the night.

To take part, participants are invited to treat themselves to a bowl of tasty soup and a roll for £5, all of which goes into a pot. The £5 also gives people the chance to vote for their preferred idea.

Previous Soup winners have received £100 to £200 to use towards setting up their business. In all, over £800 has been raised so far and ot all has been used to help new businesses start up!

One of these successes is “Smallzdeep”, a young musician who used his start-up fund to set-up a music studio here in Grays where he works with young people, sometimes from difficult backgrounds to help them to express themselves through music.

This is often helped by working with known artists and rising artists such as D’One. On Thursday 26 April there will be a special version of the Soup event – YOUTHINK! – aimed at young people aged 16 to 25 who have an inspirational idea.

This event will be held at Waves Restaurant, South Essex College in New Road Grays and will start at 5.30pm – everyone welcome!

Do you have a great idea? Would you like to start a business?

For more information and to book a place at an event visit:www.thurrocksoup7.eventbrite.co.uk or business@thurrock.gov.uk

Thurrock Soup is an innovative and inspirational series of events that help generate transformational social enterprise and business ideas from local people and create a way for them to receive seed funding to help turn ideas into realities.

The process is very simple, everyone buys a bowl of soup and a roll for £5, the money goes into a pot, people pitch their ideas, then everyone votes on their favourite and the winner takes the money! Simples! 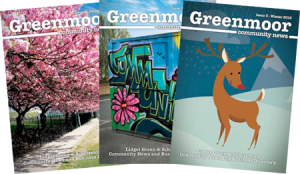 Inspired by a Big Local area near Bradford, we are producing a quarterly “Good News” Magazine – when we say good, we mean it will focus on the positive things that are happening in and around Grays.

The glossy 36 page A5 magazine will be distributed to over 3000 homes in the local area.

Featuring local interest articles, community contributions and regular features such as heritage, arts and culture, kids, sports and fitness, cookery, gardening, film and book reviews and more – this will be the best publication for the area – and we want your business on board.

With advertising from as little as £24.65* per edition, register you interest here and a member of our team will be in touch.  You will be sent the advertising price list by email.

*bulk discounts apply to bookings of 3 editions or more. 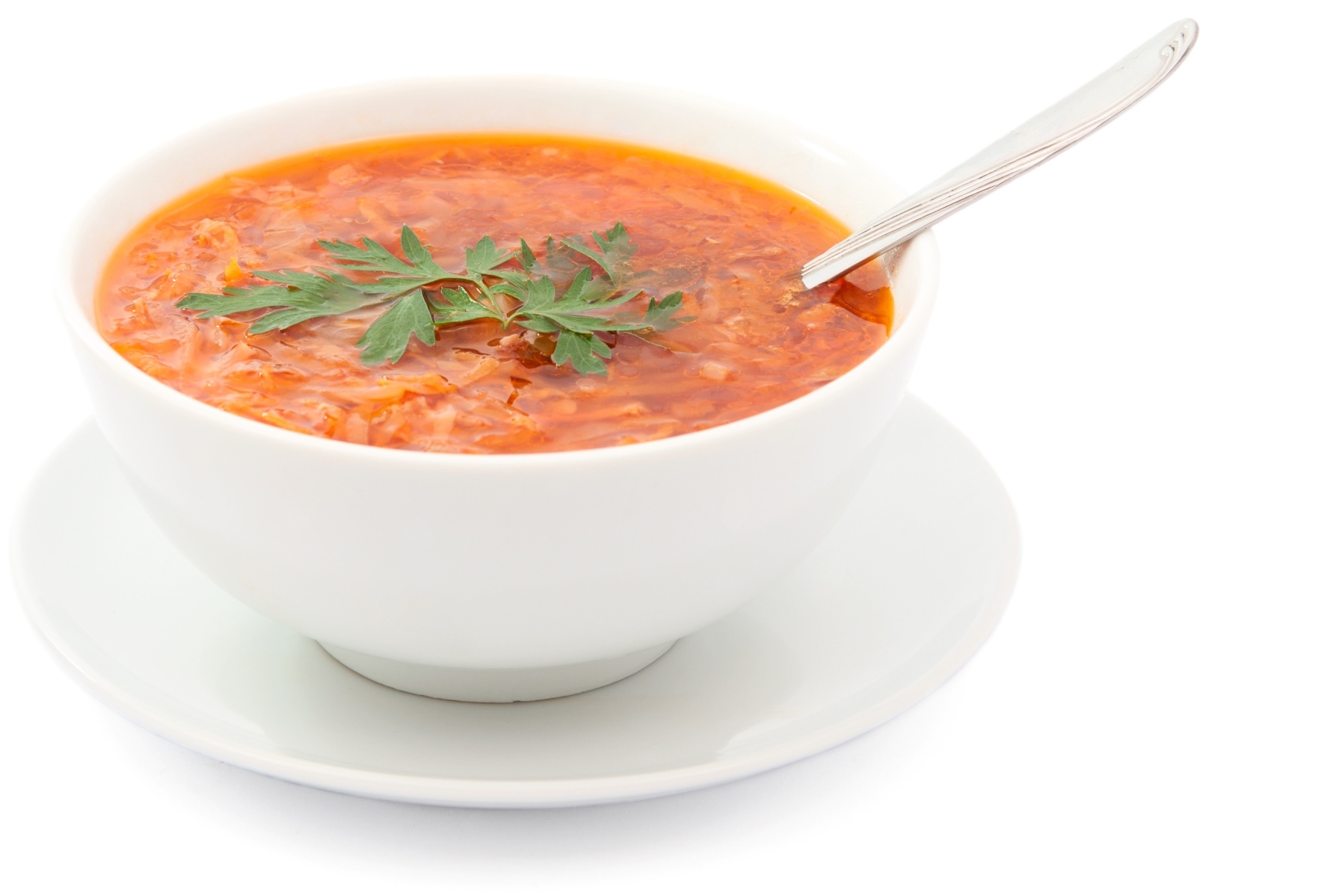 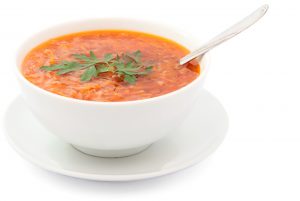 We are excited to be partnering with Thurrock Council in launching Thurrock Soup – an event where local entrepreneurs with business or social enterprise ideas share their idea with others and the best idea is funded by the entrance fee!

This simple but effective concept can help you sharpen your focus and improve your idea whilst getting you the chance of winning a few hundred pounds to develop your business plan or product.

The first event will be hosted at The Beehive, West Street, Grays at 18:30 until 20:30 on Friday 9th September and the entrance fee of £5 will buy you a bowl of freshley prepared soup produced from locally grown organic produce and a delicious bread roll. (Of course at the end of the night all entrance fees will go to the winning business or social enterprise idea!)

To register for the event please visit the link here and remember to bring a five pound note with you!